Coal is a combustible black or brownish-black sedimentary rock usually occurring in rockstrata in layers or veins called coal beds or coal seams. The harder forms, such as anthracite coal, can be regarded as metamorphic rock because of later exposure to elevated temperature and pressure. Coal is composed primarily of carbon, along with variable quantities of other elements, chiefly hydrogen,sulphur,oxygen and nitrogen. A fossil coal forms when dead plant matter is converted into peat, which in turn is converted into lignite, then sub-bituminous coal, after that bituminous coal, and lastly anthracite. This involves biological and geological processes that take place over time.

Some of Coal deposits: 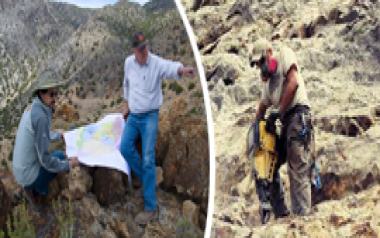